What Is A Ghost? 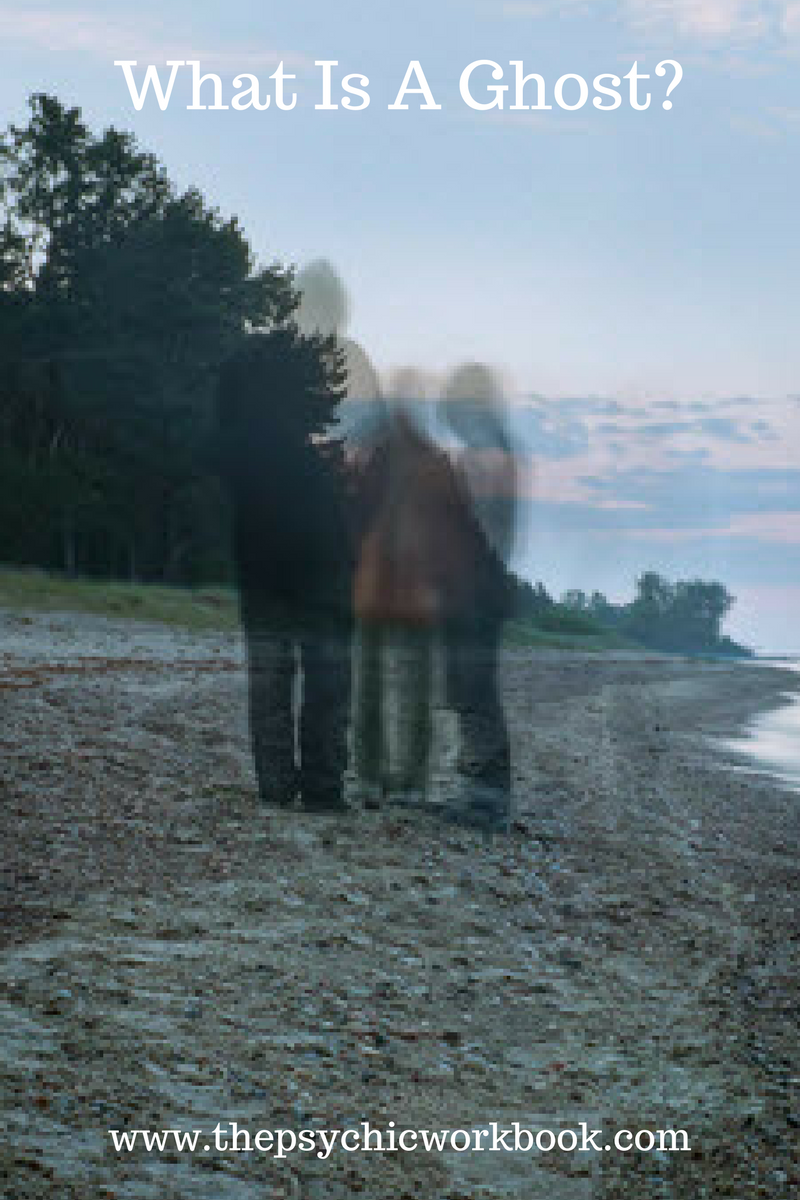 You may think that this is an easy question to answer – or you may not. A ghost is a ghost, right? I think, most people would say that a ghost is the spirit presence of a dead person, and this is certainly one way that I would look at it.

So What Is A Ghost Then?

Typically people think they’ve seen a ghost because they’ve seen an apparition, shadow or vision of someone or something that doesn’t appear to have a physical presence. They may even have seen someone quite tangible who was there one minute but appeared to vanish in to thin air the next. However, these examples don’t always mean that they’ve seen the spirit of a dead person.

Helen’s Guide To ‘What Is a Ghost?’

The spirit of a deceased dead person:

Probably the most typical ‘ghost’. These will show up in two forms, in visitation or as an earthbound spirit.

Spirit In Visitation: Typically visits are made by family members or friends that have passed over. They can also be linked to the property. If they’re in visitation, they might be here for a number of reasons including: popping in to say ‘hello’, letting you know they are there, to act as guardians over children, to see the new baby (this is quite common), or to pass on a message to their loved ones still living.

Earthbound Spirits: these can be potentially more troublesome. These are the souls didn’t ‘cross over’ at the time of their death. This can be either for the traditional ‘unfinished business’ scenario or because their death was so quick that they didn’t realise they’d died. It is said they miss their opportunity to go into the light. We could call this ‘the sixth sense scenario’. These are the ones that will sometimes cause poltergheist activity.

‘Ghosts’ That Are Linked With Time:

A Past Recording: We’ve all heard the stories of the horse drawn carriage that careers through a particular street on a particular night of the year haven’t we? This is a past recording. If you can imagine that the fabric of the world can be like a reel of film and that a repeated, traumatic, emotional or significant event can record itself on to it. The ‘film’ then replays over and over again.

A Time Slip: These may appear to be similar to a past recording but they’re not quite the same. A time slip is where, just for a second, or a minute, you see something from another time, either past or future. It may be an individual, or a whole scene, for example seeing a street and all of the shop fronts as they were many years ago. There is no interaction between the two times, you just observe it, however fleetingly. This doesn’t usually happen in the same place or at the same time of the year/month/day over and over again, although there are places more prone to it than others.

Future Imprint: In much the same way that past events can imprint on the fabric of time, future ones can too. If you believe that time is not exactly linear this type of ghost will entirely make sense to you. If not, you may need to get you head around it. If an event can imprint on the fabric of time, who’s to say that it is only seen in future times, as a ghost of bygone eras. Maybe it is also seen in what would be termed as its past. Time is an interesting subject – are you confused yet? :

‘Ghosts’ That Think Too Much

The Spirit Of A Living Person: Yes, the spirit of a living person can appear as though it is a ‘ghost’. It can cause slight disturbances and make its presence felt. Why? How? Really? I can hear some of you asking. It’s unusual, although I’m sure that I’ve done it myself, and I’ve experienced it being done too. Basically when a person, for whatever reason, projects all of their thoughts and energy on to a particular place they can create a presence, or ‘ghost’ that can be sensed by other living beings.

A Manifest Thought Form: These are fascinating and I’ve come across them personally twice. This is where thought creates form. Not quite the same, although similar to the spirit of a living person, they are typically protective figures and can be created by individuals and groups. Basically when attention, focus and intent is directed at a place, for example to protect it from something or someone, that energy can be picked up by sensitive individuals and can often be physically ‘seen’ as an actual entity.

Higher Evolved Beings: These could be angels, archangels or spirit guides. Labelled as such because they are beyond the physical world. They also have a higher awareness of universal laws and interconnectedness. They make themselves known in a way that appears to be ‘ghost-like’.

Cross Dimensional Being: I have experienced what I believe to be cross dimensional beings at least twice in my life. Imagine that numerous possibilities exist, that at every choice a new version of reality is created. This is a theory that makes other dimensions possible. If other dimensions exist, then the possibility of slipping across or through the walls that divide them can’t be that far-fetched either. It may be deliberate, or accidental but the essence of the being that slipped across could very well appear as a ‘ghost’. I don’t believe they would be able to influence anything or cause any activity to occur, but who knows? Maybe they could.

What Is A Ghost? Does It Matter?

Defining your experience is not a necessity, I just find it interesting. It opens your mind up to new possibilities. Some people may disagree with my definitions, or have more to add. These are only the ones I’ve experienced or know about, but I’m sure there could be more.