As A Psychic, Do You Believe In God? 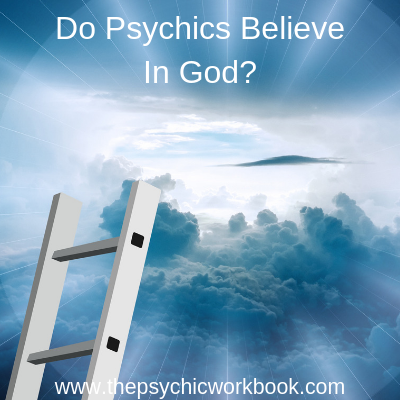 I don’t think it’s just because I’m intuitive, or psychic. I think it’s often the fact that I’m a spiritual thinker that makes people ask me about my beliefs.

Do You Believe In God?

It actually comes up quite a lot. I think it’s because, when it comes to spirituality, ‘God’ or Christianity are most people’s point of reference (in the U.K. at least). As with all matters of a spiritual and philosophical nature it is not quite as simple as a yes-no answer.

Because Everyone Has A Different Definition Of God

In answering with a simple yes, or indeed no, those asking would form an opinion of me and my belief system based on their own frame of reference. And that might not mean the same thing to me as it does to them.

If I say yes, without clarification, it could result in someone thinking I follow the Christian faith. Which I don’t.

If I say no, it’s not entirely true and some would think I was an atheist (or something else). Which again, I’m not.

It has taken me many years, of personal and spiritual development for me to formulate my own beliefs. The easiest answer I have to this question is,

I believe in god with a small ‘g’

“Do You Believe In God” is a question that we ensured was in our book ‘Help I Think I Might Be Psychic. 101 Frequently Asked Questions About Spiritual, Psychic and Spooky Stuff’, where Diane and I give our longer answer.

We always say that we do believe in god, with a small ‘g’. Basically we believe in a single divine creative force, whether it’s called God, Allah, Goddess, Love, whatever. We also believe that we’re all a part of god and that god is within us. In this way, all creation is connected. We don’t personally hold with the confines and dogma of organised religion and struggle with the damage and harm that has been, and unfortunately continues to be done in the name of any religious institution. However if it works for another then we’re happy for them. So long as they’ve made their own mind up and continue to challenge and assess what’s being told to them by another human being rather than simply accepting everything. As with this book, (and these blog articles) don’t take anyone’s word for anything, especially something as personal and intangible as belief and faith. You have to ‘feel’ and find your god for yourself.

What Do You Believe?

I hope that my thoughts on this question help you to clarify your own.  I also hope that by continuing your own spiritual and psychic development you can gradually construct your own belief system that helps support and comfort you when it is needed.